At Sighthound we love all things Video, especially making sense of what we see (and hear) , and turning video into business value, compliance and actionable insights. During Black History Month, we’re exploring and honoring the contributions of Black and African Americans to our industry; the products and solutions we develop and admire. Which led us to Marie Van Brittan Brown…

Marie was an African American Nurse and Inventor from New York City. In 1966, she and her electrician-husband Albert L. Brown, invented and patented a unique closed circuit television security system. We think this is historically critical to our industry, and Wikipedia seems to agree: “this system becomes the technological precursor to how modern-day home security systems would be designed and considered as the foundation for video monitoring, remote-controlled door locks, push-button alarm triggers, instant messaging to security providers and police, as well as two-way voice communication.”

Her Inspiration and Motivation

At the time, New York City – and in particular, Jamaica Queens, where Brown lived – had a high crime rate. Brown, a nurse who worked odd hours, was curious to see who was on the other side of her door and to help keep her and her neighbors safe, especially given how slow the police were to respond. She wanted real-time insights – to see where she normally could not, whether she was in bed or in any other room of her apartment.

Marie started with peepholes with wireless cameras that could transmit video to any television in her apartment. Marie and her husband added two-way microphones to speak to anyone outside their front door. This solution provided the insight of knowing who was at the door (and what they were doing) but it did not address the lackluster police response time; so she also invented a system that called police and emergency responders with the tap of a button.  The ability to provide insight where we would not normally have it – and to quickly alert others – is at the heart of all modern video security products.

Coincidental side note: Our founder spent his early years less than 20 miles away from Jamaica Queens – and just five years after the Brown’s invention (1966) he moved into an apartment with a security system based on these exact inventions.  Even as a (very) young tech enthusiast, he was amazed by its abilities.  That amazement, instilled by the inventions of Marie and Albert Brown, inspires Sighthound solutions to this day.

As mentioned previously, this system is considered the precursor to today’s systems. So, if you have a surveillance system, have pushed the alert button in an emergency or spoken to someone on the other side of your door you have Marie Van Brittan Brown and her husband Albert L. Brown to thank. If you’re curious to read more about Marie and other African American inventors and innovators here are some resources to check out. 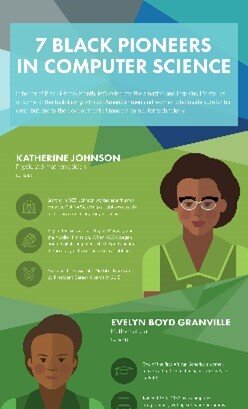 If you need help with your Sighthound Video system please check out our support community, or live chat with us, we are here to provide real-time insights to your video systems.

Artificial Intelligence vs Machine Learning vs Deep Learning: How are they all connected?